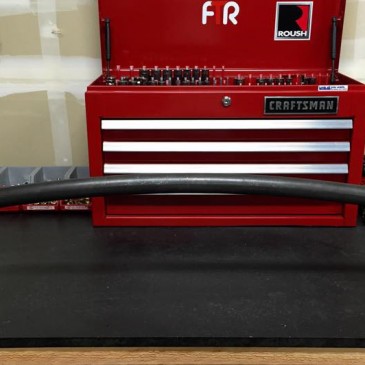 A while back we developed a tubular bumper (aka “bash bar”) for SN95 chassis mustangs, and we’ve now released a new, updated version.

It weighs in at 4.5 pounds, less than half the weight of the stock assembly that it replaces (~12lbs). This weight is critical, especially since its directly on the nose of an already front-heavy car.